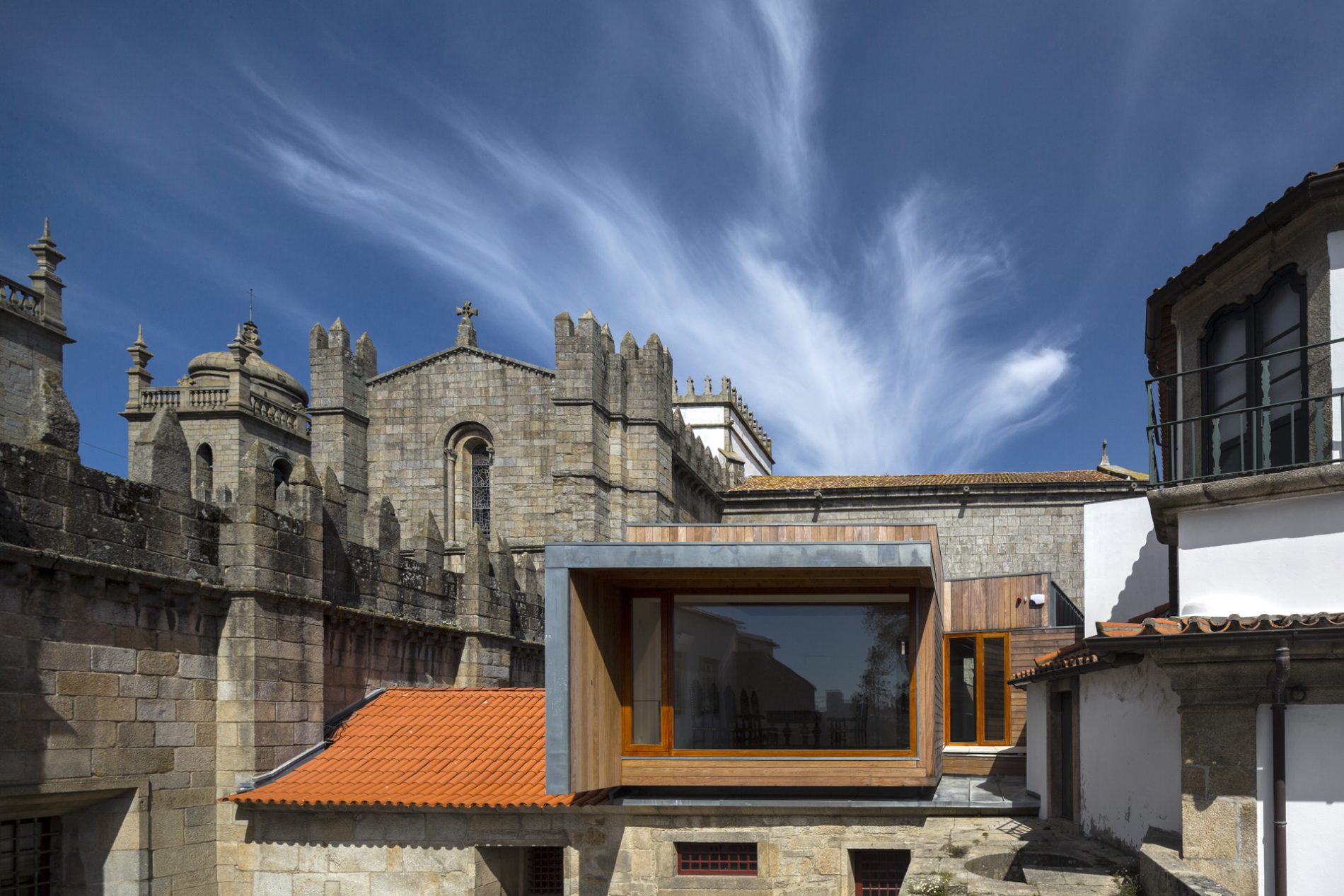 You don’t mess… with what’s SACRED. I’ve heard it said, and it’s true.

I thought I knew the Cathedral in Porto.
In my First Year of architecture we went over to draw it. From outside, from inside. The worst of it was the Cloister, full of geometry, full of different perspectives. Still, it was nothing to compare with the circular cloister of the Serra do Pilar monastery, with its impossible perspectives, which we also tackled as part of our school work.

This gave us a taste for drawing. A taste and a need for it. Drawing is always a support for ideas, a way to test them and it very often leads us to discard them.
One of our teachers was Grade, Zé Grade, who used to and still lives in the vicinity, in the oldest house in Porto, or at least the one with the oldest façade, in Beco dos Redemoinhos.

It was also there that we were given the bad news about one of our colleagues. Something that always remained in our memory, or at least in mine.
I went back sometimes, on Saturdays, to the Vandoma Market, as a tourist, or accompanying tourists and to visit the Casa dos Vinte e Quatro, a project by Fernando Távora, who was also a teacher in that year. But never again to draw. Which is a pity, because the place deserves it.

When the cleric of the Cathedral called me in, I entered through the main door, which was camouflaged by refurbishment work. I took in the darkness and the light of the Nave, passed on to the Cloister, visited the Chapels, and entered the Sacristy: the grandiosity, the arcades, the faint frescoes, the light. The unnecessary red carpet.

Then, a fearful: what do you want from me?
A door was opened and without leaving the cathedral we moved on to a different world. A world that appeared to me to be rural, but a poor quality rural, decrepit.

In between the volumes of the Church, the Sacristy, the Beco dos Redemoinhos, the Guerra Junqueiro Museum and the Choir building, there is another world. A world of various buildings, of successive reconstructions and the conspicuous presence of the refurbishment works carried out by the department of National Buildings and Monuments, begun by the Estado Novo in 1927 and concluded in 1939.

The patio was once the Sacristy. It was once the treasury of the Cathedral but no longer is. It is now the “Claustra Velha”, despite being more recent than the Cloister, having over time acquired the name of “old”.

The spaces are a labyrinth, chaotic, full, untidy, improvised. They are used for servicing and storing the most incredible things. Good things, centuries old, alongside obsolete and out of place plastics.

After wandering around lost, I walked up a stairs behind the organ, that had been eaten away by time. I went from there to the balcony, with its low balustrade that exaggerates the scale of the organ, and on to the frescoes by Nicolau Nasoni. With no one to see it, he naughtily graffitied his name and sayings to mark out his territory.

The view is magnificent, unexpected.
I climbed up to the Treasury, walked around on the roof of the cloister, and scrambled over that of the Sacristy, in order to have a better look and try to understand it all.

The difficulties multiplied. So, I didn’t know the Cathedral after all.
The Cleric, who is responsible for the management of the Cathedral, had, on the basis of a project by Fernando Távora, given up his own accommodation for the benefit of a room to house the Treasury and for visitor’s access routes.

The demands on a building like the Cathedral of Porto, nowadays go well beyond those of religious worship. There are the visitors, tourists, groups of tourists, cultural activities and more.
The backing to all this, or logistics as is nowadays the term, is either non-existent or exists in the confusion of spaces hidden behind that door in the Sacristy.

The location for all this is to be kept within the confines of the run down area. Thankfully.
Simple, but tremendously difficult.

We returned and often continue to do so, to check up on measurements, to complete our photographic survey. To verify some ideas and to abandon others.
And to draw, to be back drawing at the Cathedral, thirty years later.
The option proposed was to get rid of what was in excess, that was without quality, and to keep the walls that were in good condition and to use them for support.

But there are also the things one doesn’t see. Archaeology and anthropology. Bones were found after excavations in the patio of Saint Veríssimo. This is a common occurrence as the lands around churches were often used as burial grounds. Remnants of foundations and old buildings were also found. Stories of History.

We proposed to build without digging holes, without touching the past which is buried there and has already been studied and put into perspective.
We propose an access point via the door to the Treasury, where the holy ointments will be kept and where individual cabinets for members of the Chapter will be installed. The Old Sacristy will become a store, a receptacle for valuables, pieces and collections of gifts that are still kept and hidden from the view of the public.

Alongside the patio, a space for maintenance, washing and care of clothing, and of ornaments, will replace the existing building. A news stairs will give access to the upper floor.

The circulation routes are designed to be fluid: between Sacristy and technical servicing areas and from these to the Main Altar, from the area of the Old Sacristy to the Cathedral or to the Claustra Velha.

On the upper floor, at two different levels, are the staff room and the toilets. A little higher up, the administrative area for the Chapter, with its meeting room to the south, overlooking the Serra do Pilar.

The structure is to be a mix of metal and timber. The metal is to be hidden and the timber to be apparent. All of it to be screwed together, for ease of erection and for possible future dismantling if time and History demand it.

External cladding will be in timber, not touching the ground, lifted from the domain of the dead, respecting what was there before, keeping it, without unearthing it.

Windows will be restricted to the essential and be in dialogue with what exists.

As in Fernando Távora’s building beside it, the roof will be flat, and finished in zinc sheeting.

The areas which are planned to be built, although complementary in their nature, are of no less importance. The existing interiors that are to be retained will recall the dignity of their older days. The new spaces, benefiting from the original surroundings and from the use of timber in the structure, floors and ceilings, will come close to the existing building quality and ambiance.
In obvious sequence to the present works, we propose pathways, service routes, tourist routes, uses for indoor and outdoor spaces, in particular that of the Claustra Velha and of its access points. But that is for later.

The Cathedral is open to the public and to culture based on a logic of being accessible and of service. Necessarily and inevitably, this must be a cultural process. 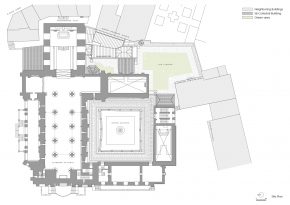 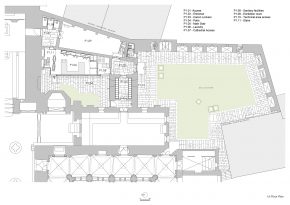 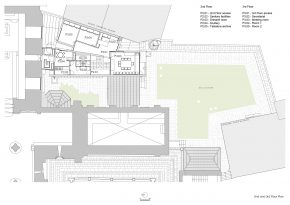 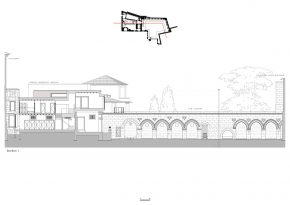 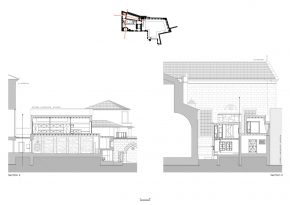 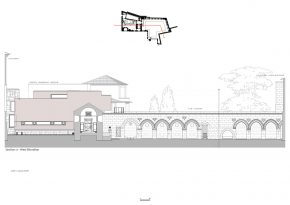 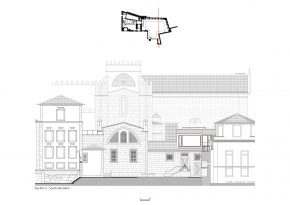 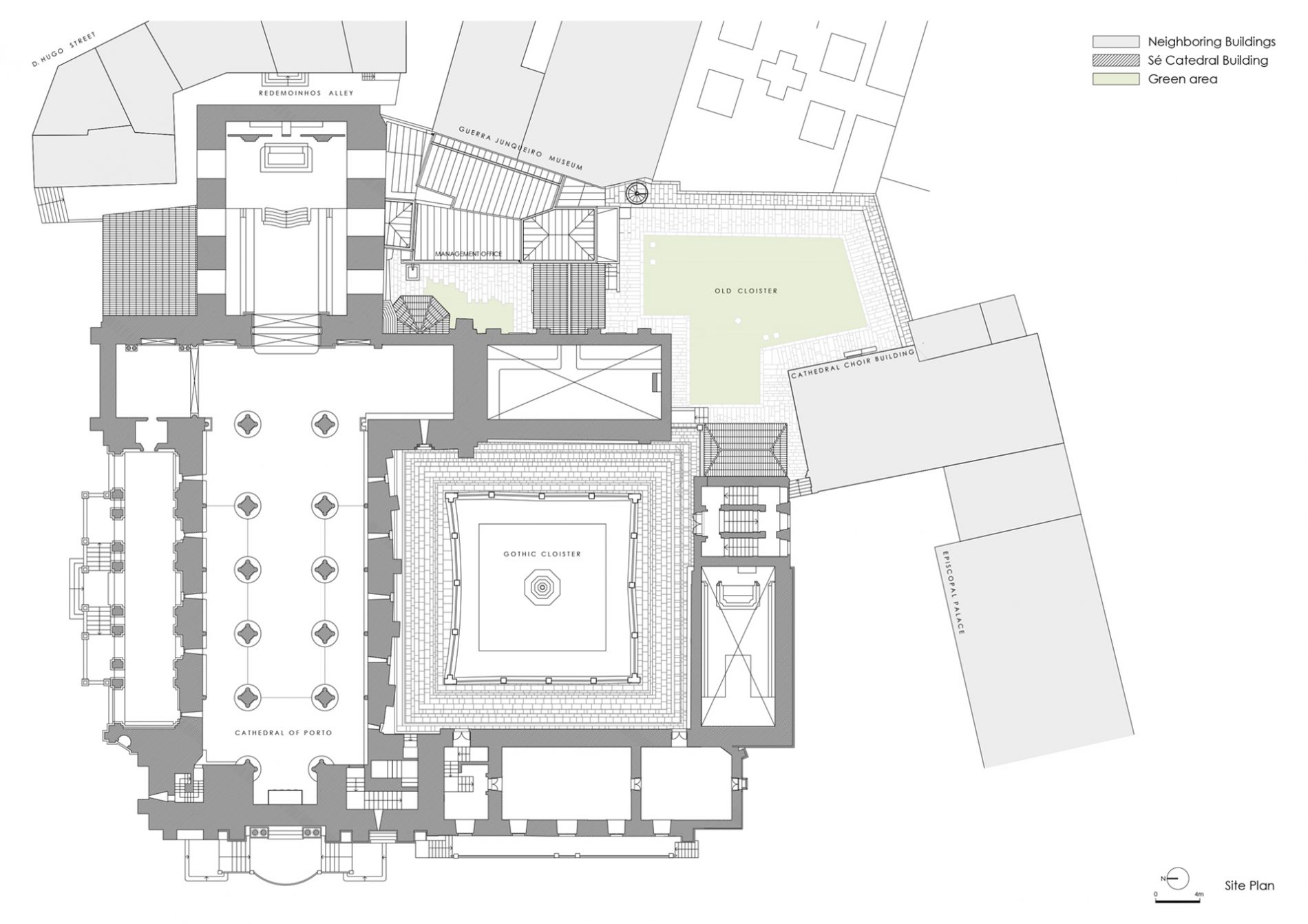 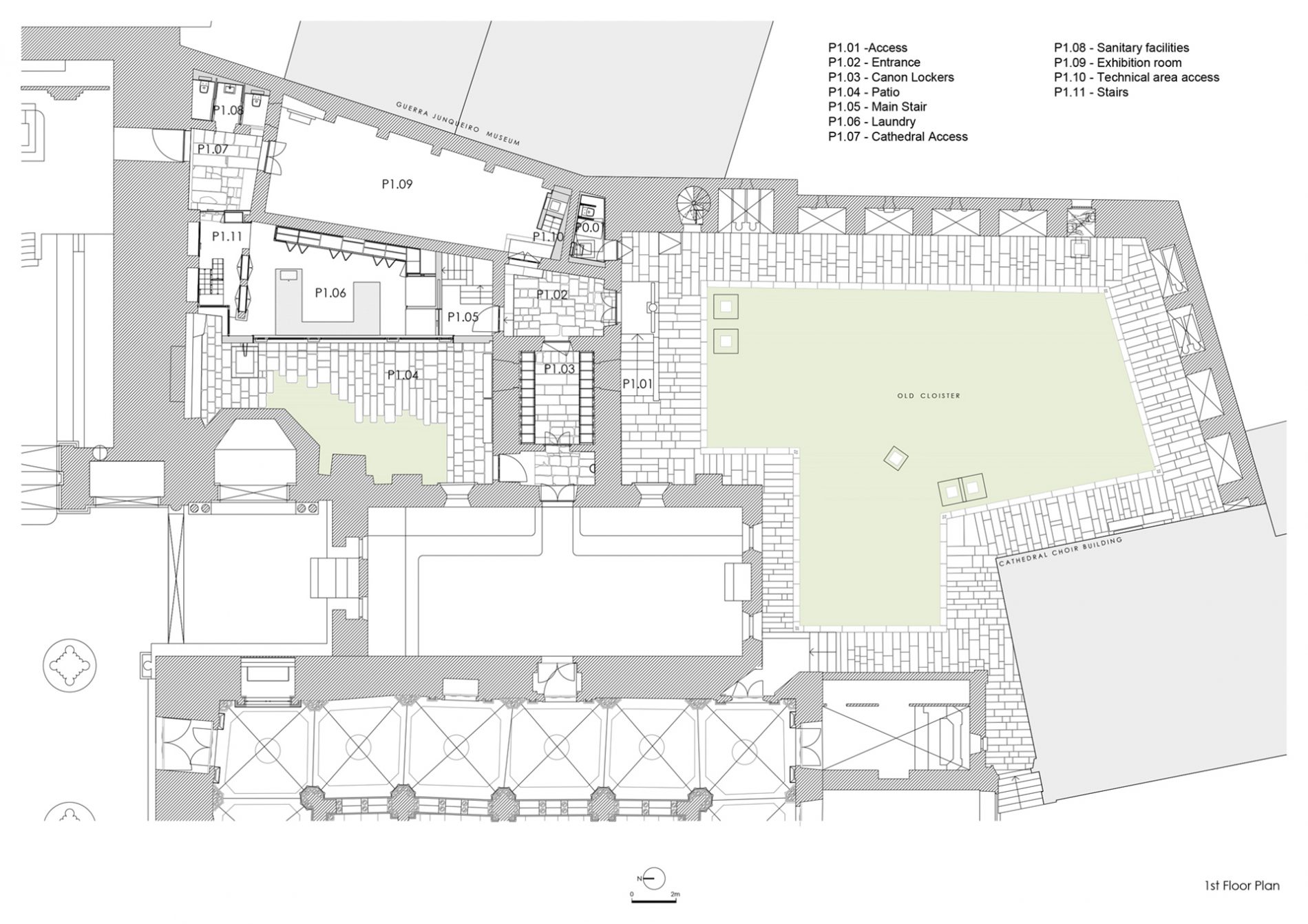 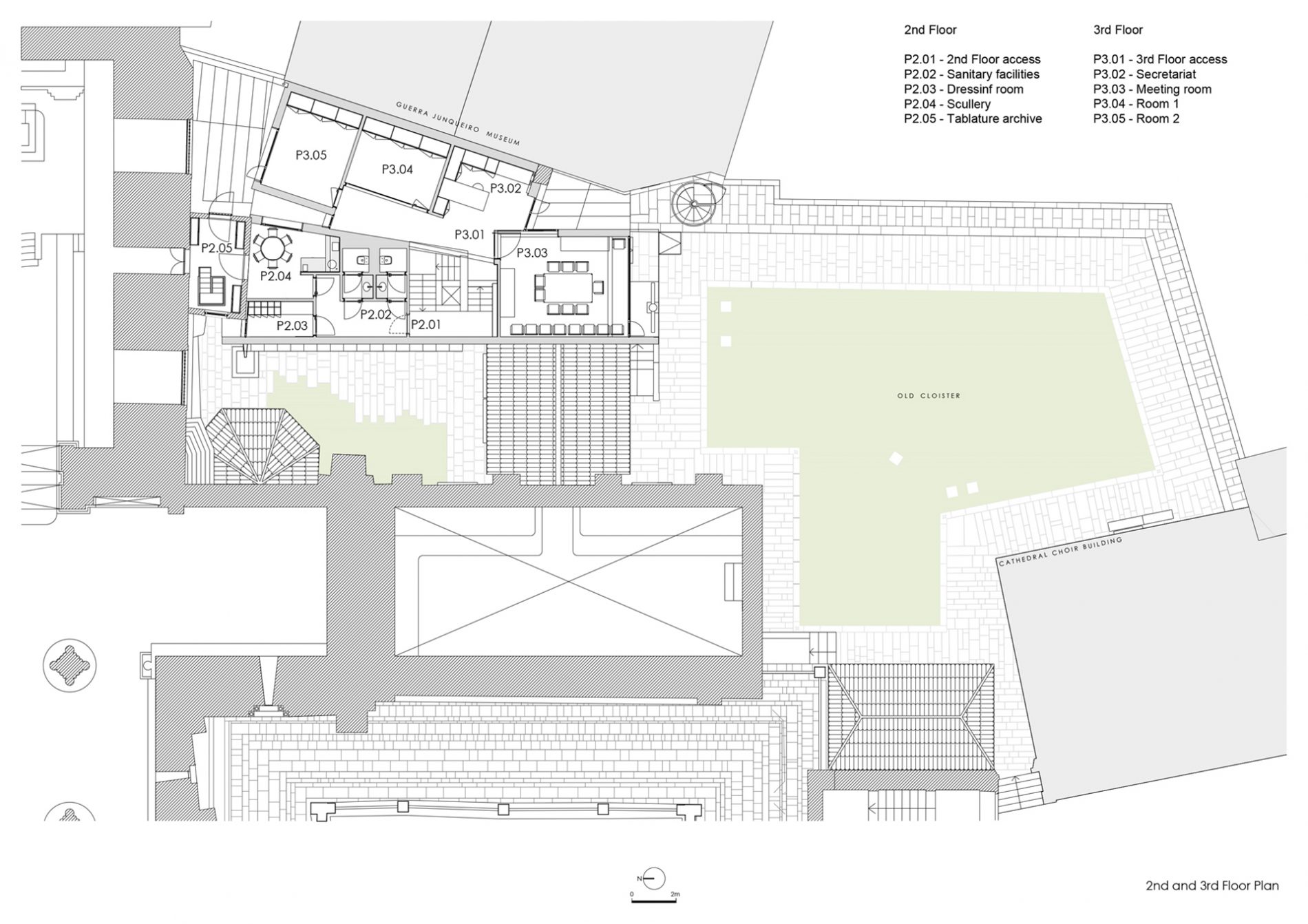 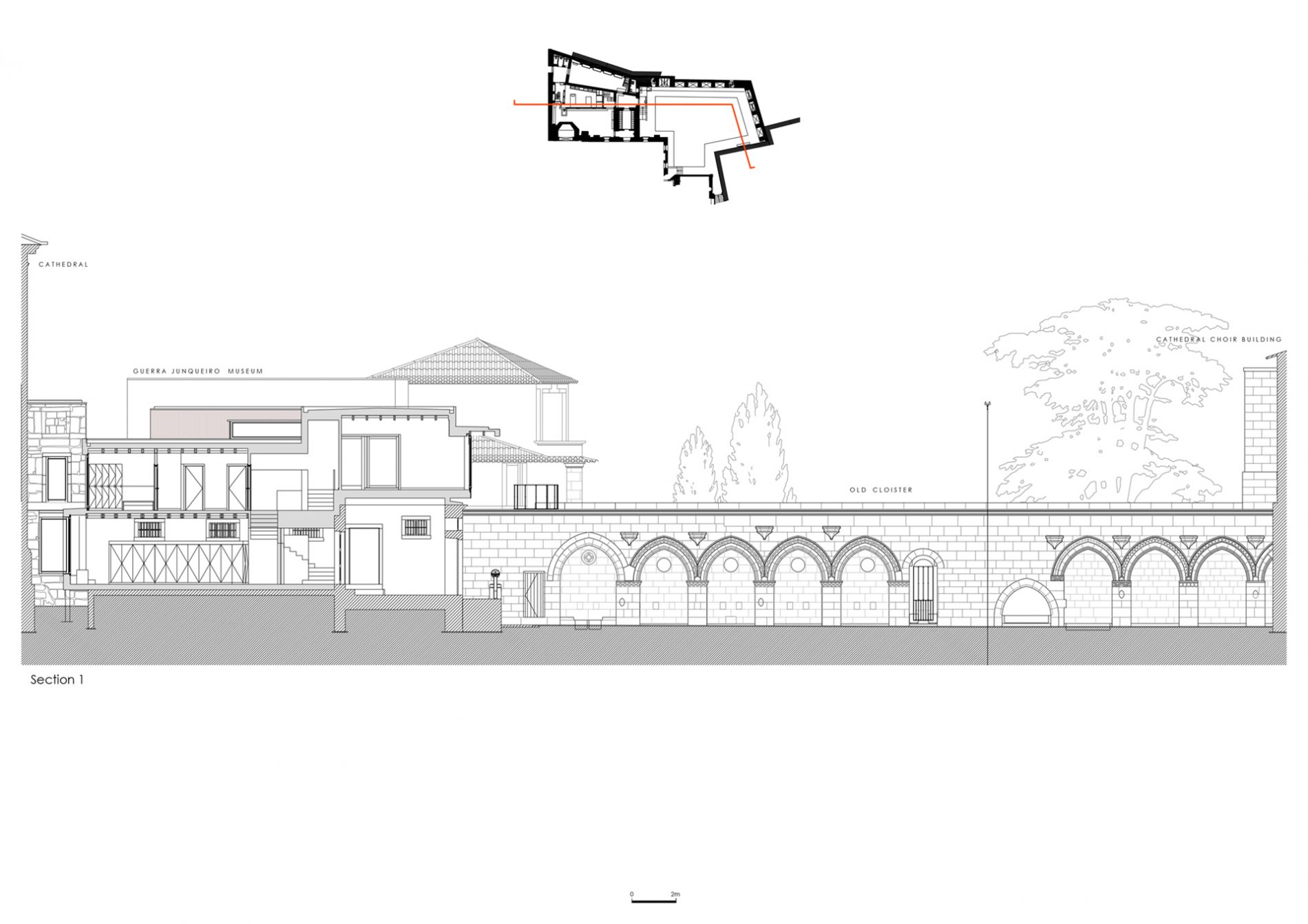 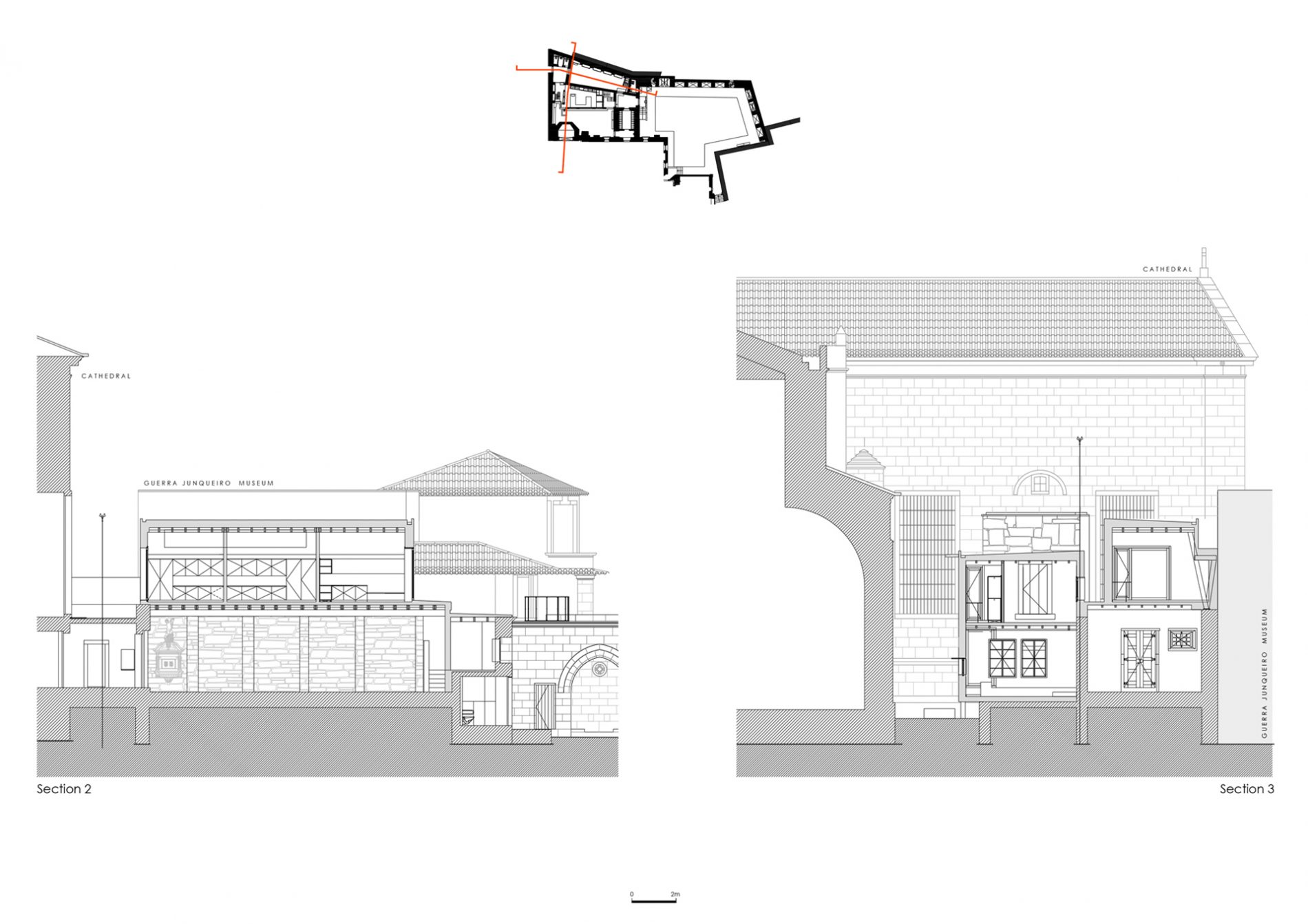 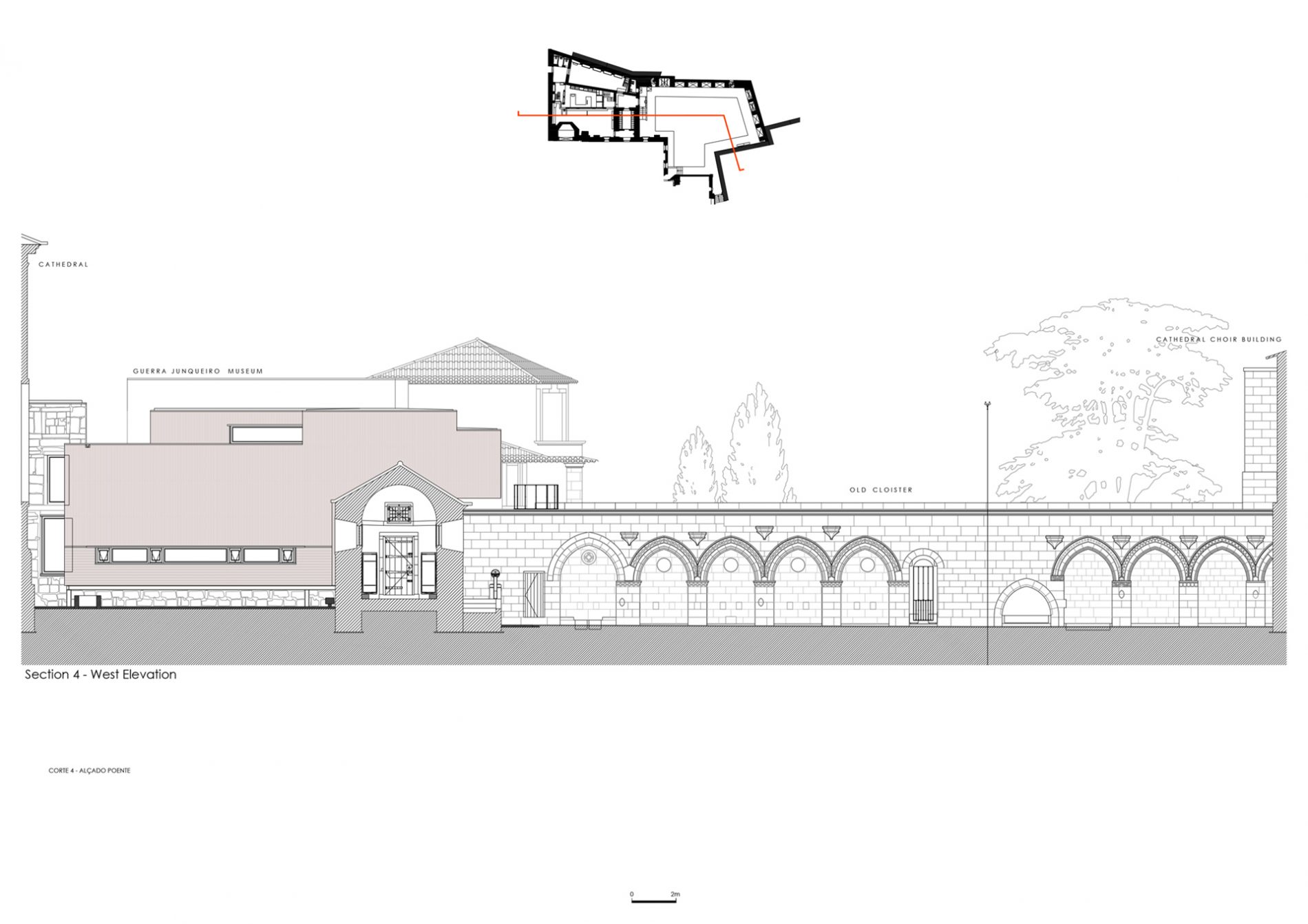 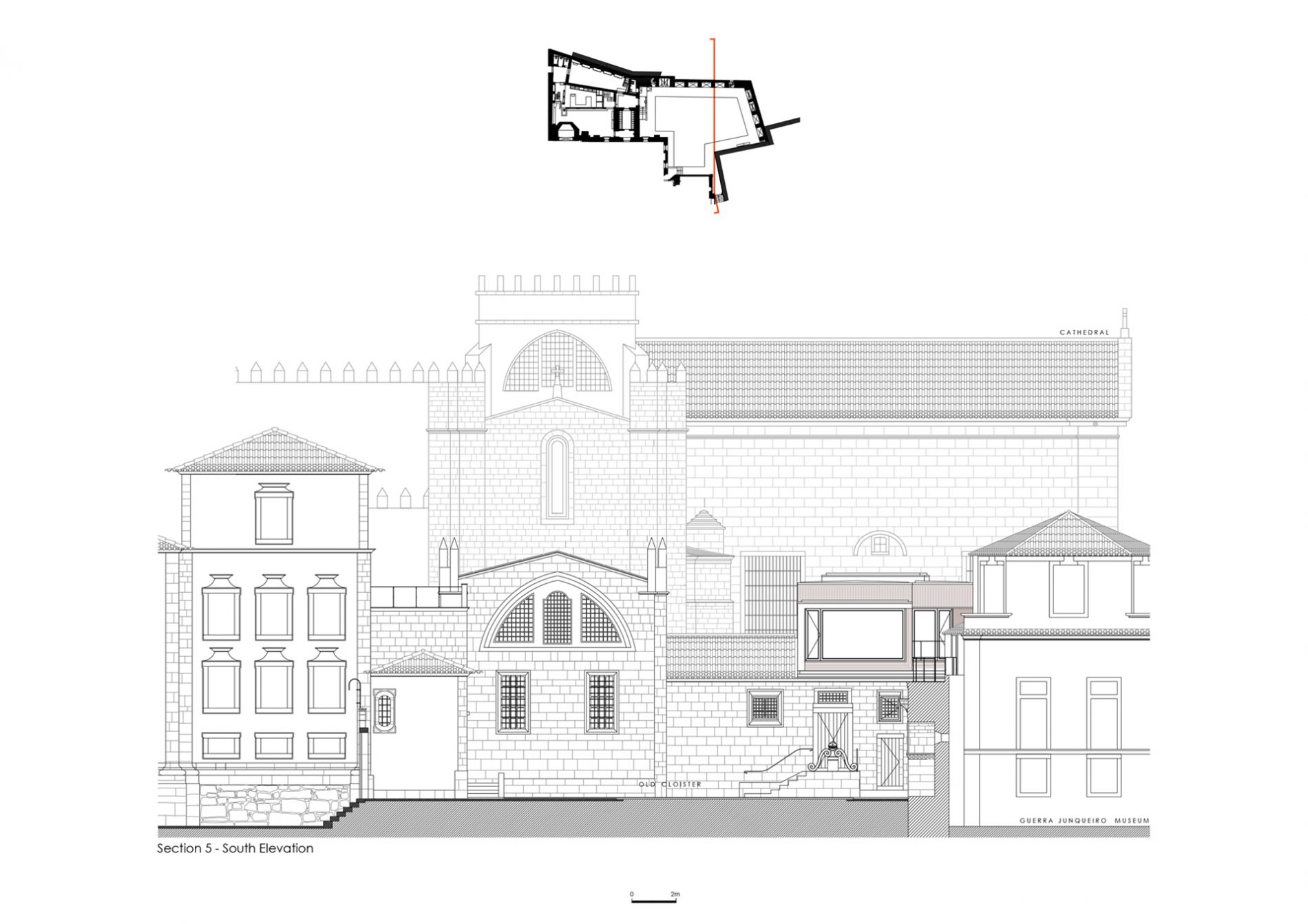